As I recently completed my first playthroughs of Ghosts ‘n Goblins Resurrection and Shantae and the Seven Sirens, a thought occurred to me. Games like this have suddenly started appearing left and right over the course of the last few years. While indie devs began to fill the gap of side-scrollers with games like Shovel Knight and Freedom Planet, Nintendo, Capcom, and even Konami have begun stepping up with revivals of their own.

And yet, before you knew it, they were gone. Just fizzled back out into obscurity after a few years without a peep since. E3’s coming up next month and it’s given us hope that we’ll get to see more of what we love.

However, that’s not to dismiss the claim that a number of these revival titles could be more than what they are. After all, that’s one of the main reasons they develop sequels, right? I would love to see more of our familiar favorites coming out from our favorite developers. And I can think of a few games that come to mind.

One of the predominant side-scrolling series across the past 35 years, Mega Man deserves a place in every gaming generation. Returning for the first time since 2010, the Blue Bomber geared up for a new adventure to take on his nemesis, Dr. Wily. Featuring new fusion abilities, Mega Man 11 set a new standard for trademark copy abilities and gave you new ways to progress through levels.

Unfortunately, Capcom’s mascot took an unwarranted leave of absence after the release of Mega Man 10. Shortly after its release, series producer Keiji Inafune left. Ambitiously attempting to replicate the success of Mega Man at his new studio, Comcept, his next game left disastrous results to say the least.

Meanwhile, Capcom finally decided to cave under the pressure of demand and, after a seven-year absence, developed Mega Man 11. The very notion that Mega Man had returned had people leaping for joy. This new title brought Mega Man into HD and looked much better than Mighty No. 9 could ever hope to be. The Nintendo Switch release even featured an exclusive amiibo.

However, it comes with a few issues that could be tackled. It’s a good Mega Man title but one that could always use more. While I feel the soundtrack wasn’t as much of a hit as past games, it still did its job. But where are the extra playable characters akin to Mega Man 9 and 10?

In addition to Mega Man 12, fans continue to demand Mega Man X9 as X8 came out on PS2 in 2004! While Capcom has been on fire with its recent Resident Evil, Devil May Cry, and Monster Hunter releases, here’s hoping they haven’t forgotten their beloved mascot either.

When Nintendo announced Metroid Prime 4 at E3 2017, they announced a side-scrolling 3DS title alongside it: the reimagining of Metroid II: Return of Samus for Game Boy. Metroid: Samus Returns is the first 2D Metroid title to come out since 2004’s Metroid: Zero Mission for Game Boy Advance. Developer Mercury Steam took the reigns and gave Samus Returns a 2.5D remake playing similar to the hit title Super Metroid. Adding a map, new abilities, and some mighty battles, the developer took cues from past Metroid titles, including Prime, and delivered a hit Metroidvania on the 3DS.

Now, I can’t vouch that Metroid: Samus Returns was the prettiest looking game on the system. While its animations looked great, I feel its character models and backgrounds looked rather bland. Call me spoiled by the 2D sprite work used in Metroid: Zero Mission but I feel the art could have used a bit more polish. However, it’s at least passable and the game itself still delivers a solid experience. I should also mention, however, that Samus Returns looks gorgeous on the Citra emulator.

Samus Returns added the new Aeion abilities which allowed Samus to use powerful rapid-fire abilities or stop time. The final boss fight also took a massive swerve from the original Game Boy title in the best possible way. However, unlockable images in the gallery showed the potential for a sequel. Despite being released in 2017, this has yet to surface. It goes without saying Nintendo is long overdue for releasing another Metroid title.

When I beat this game, I can’t say I was as satisfied as I’d hoped to be. Instead of taking the balanced level design and double-jump options from Super Ghouls ‘n Ghosts, it was more of an enemy mob rush akin to the original arcade and NES Ghosts ‘n Goblins title. As such, I found myself unsatisfied with several design choices.

This comes despite its awe-inspiring artistic work. The animations, colors, and gorgeous level backgrounds spoke of an epic fantasy adventure worth your eyes and ears. The new skill tree system gave Arthur new abilities and spells to help him survive using skills like Doppelganger to double or triple his attacks.

However, even despite my critique, that doesn’t mean I want the series to go away. If anything, I want Capcom to continue digging back into their vault and reimagining their franchises for the modern era. Ghosts ‘n Goblins already took a decade and a half before coming back to the forefront. I would love to see it since there’s another certain demon fighting game series by Capcom which has yet to see a new game.

Bloodstained: Ritual of the Night

Bloodstained is interesting in that it’s essentially an indie title but one by a former well-known producer from Konami. The former producer of the Castlevania titles from Symphony of the Night onwards, Koji Igarashi, created Bloodstained as a spiritual successor to his titles. The game included much of the same gameplay as his Metroidvania titles and even featured his game’s composer, Michiru Yamane, at the helm.

Through and through, Bloodstained is heavily inspired by Koji Igarashi’s last mainline Castlevania title, Order of Ecclesia, which was released in 2008 for Nintendo DS. The 1800s setting consists of demon attacks on villages while the female protagonist enters a castle and absorbs enemy shards to gain their powers.

Sometimes it feels a little too close to Order of Ecclesia, but that’s also not bad. However, it leaves less of an impact than Symphony of the Night, which practically defined its own genre. It also doesn’t feel like a polished refinement or evolution, like Castlevania: Aria of Sorrow, but rather serves as a love letter to the series’ fans.

Pros and Cons of Bloodstained

My gripes with Bloodstained came from its visual style and some pacing issues. Even though they fixed the game’s lighting and backgrounds, something about the game still looks rather stiff in comparison to past Metroidvania titles. Another problem stemmed from its disastrously long loading times should you get killed.

In one instance, you also have to kill an aquatic enemy to gain the power to swim. Yet you’re given no hint to this and in past games underwater travel was unlocked through a nigh-unmissable item you could obtain after a boss fight for instance. Plus, while previous Castlevania games unlocked Boss Rush and extra character modes after clearing, these were free DLC pieces that came months after the main game came out.

Speaking of extra character modes, I feel Julius Mode in Castlevania: Dawn of Sorrow did it best for having actual dialogue and an alternate final boss battle. I feel IGAvania titles rely too much on the “swap character but have no storyline” formula that they’ve done since Richter Mode in Symphony of the Night. In addition to a game rounded out with unlockables from the start, I would love to see the next Bloodstained title look prettier and offer more to the extra character story.

Finally, on the subject of Konami and Castlevania, the developer actually unveiled a trailer featuring the remake of a title never released in the U.S. While Nintendo delved deep into their vault to remake the NES title, Famicom Detective Club, Konami figured they would do the same. In a time where the aforementioned titles gained success from longtime fans and newcomers, Konami decided instead of releasing a new Castlevania to dig into their own NES vault to release this mystery title.

Konami initially showcased Getsu Fuma Den: Undying Moon was initially via DLC in 2011’s Castlevania: Harmony of Despair. The multiplayer dungeon crawler’s final level featured a metal remix of one of the game’s themes, an 8-bit level from the game, and a new character: Getsu Fuma. The game’s theme also came to Super Smash Bros. Ultimate.

As such, Konami has hopped onto the retro remake bandwagon to capitalize on a franchise previously unreleased to the west. While Konami has been under heavy scrutiny for the past decade, their release of Super Bomberman R has at least shown some promise that they might begin developing actual console games. The announcement of Getsu Fuma Den certainly does not disappoint!

I could go on about games we would love to see. By no means am I disappointed to see how many 2D side-scrollers we’ve received since the latter half of the past decade. Even if Capcom keeps releasing Resident Evil 4 HD and Okami HD, that doesn’t mean we might not get Viewtiful Joe HD someday.

But it also goes to show the progress that fan demand has made in getting developers to release these long-standing series with a glorious HD makeover. Whether it’s through their art styles, new music, creative game mechanics, or just a nice throwback to the past, these quality gaming experiences prove they can last as well now as they did in the 80s and 90s.

With E3 coming up, I really hope to see what else developers will throw at us. 2D side-scrollers deliver some of the most enjoyable experiences gaming has to offer.

What’s your favorite 2D platformer or Metroidvania revival of the past decade and what do you hope to see? Let us know in the replies below. As always, be sure to Like our main page and follow our social media accounts for more quality gaming content. 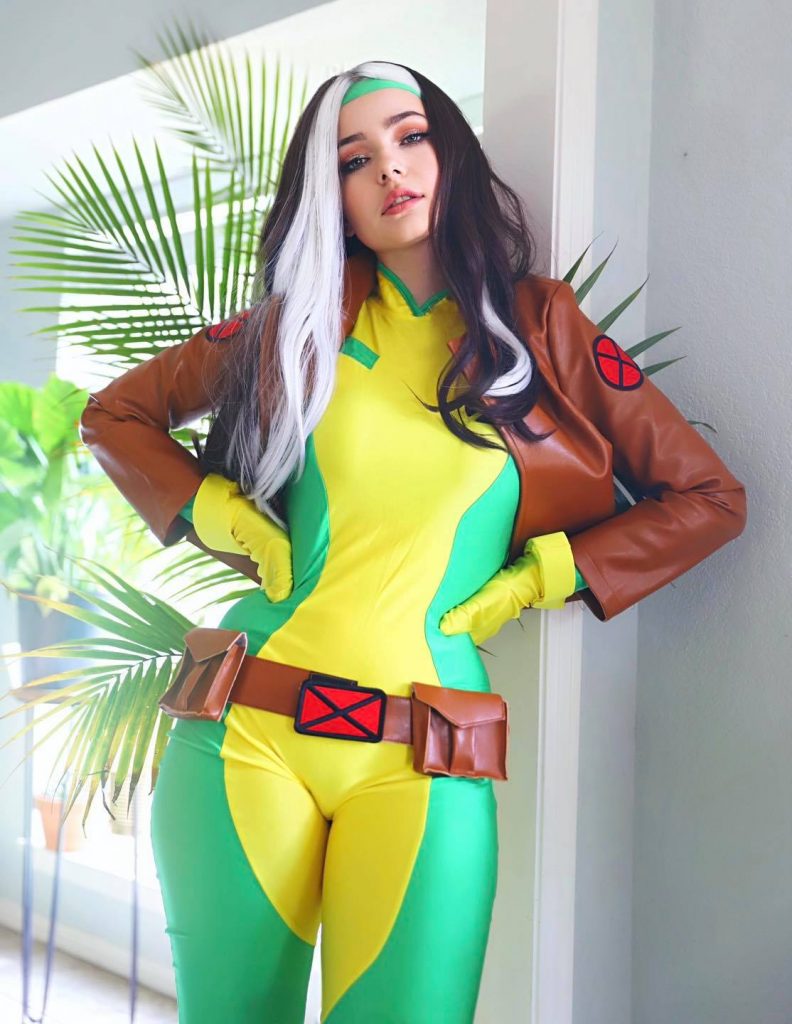 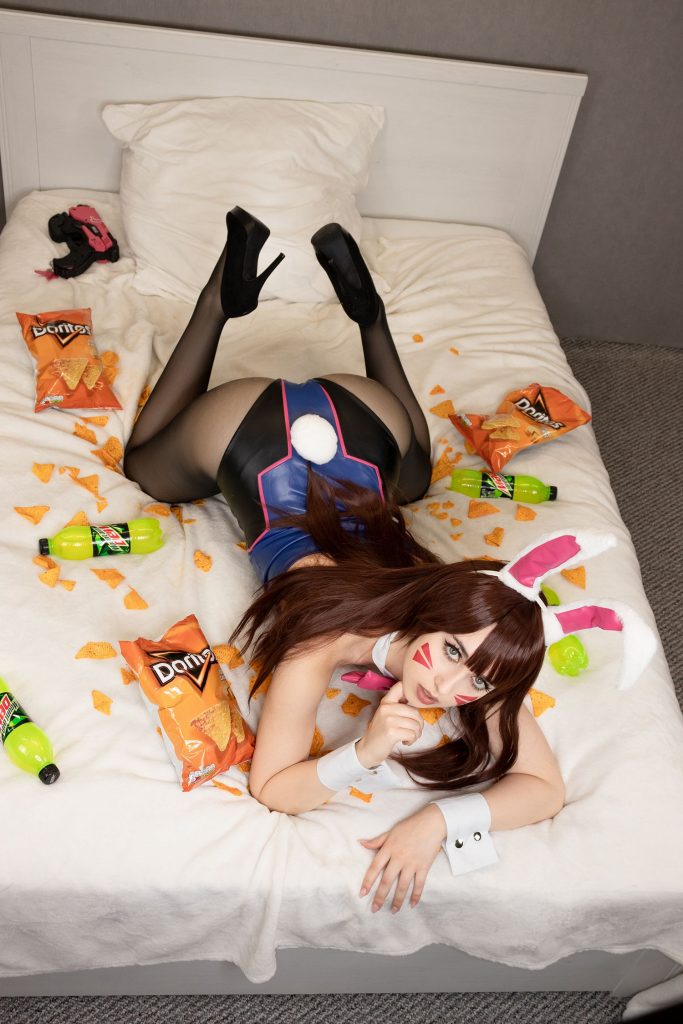 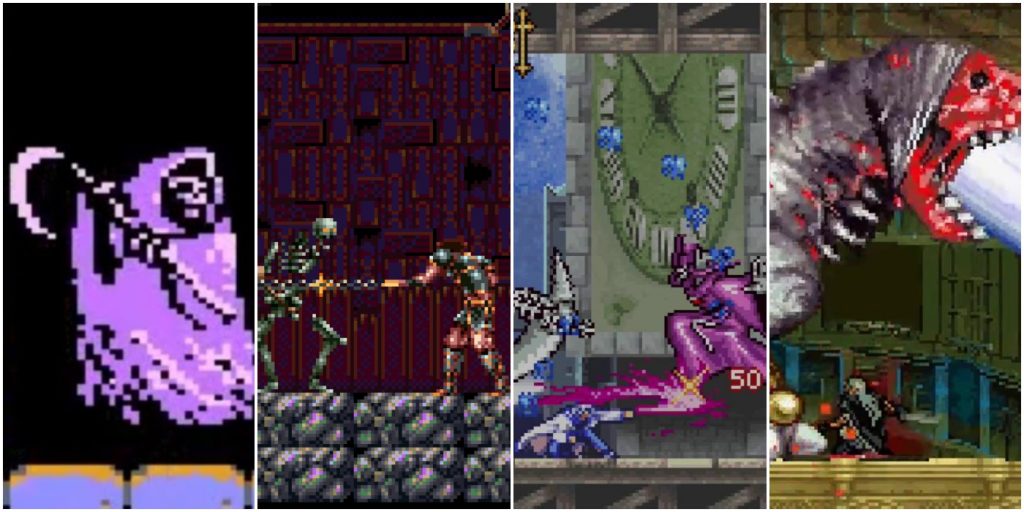 Castlevania: A History of Boss Fights and Their Best Era on Nintendo DS.

Konami’s illustrious Castlevania series is one of the most well-known and beloved side-scrolling series in gaming history. Starting with the NES Castlevania, the series evolved from a difficult 2D platformer
June 3, 2021