This cosplayer was an absolute pleasure to chat with.  Not only is she very talented, but charming as well.  In this day and age of wannabe overnight celebrity cosplayers that seemed pressed out of the same cookie cutter of wigs, fake boobs, and insincere Patreon/Ko-fi pages, it is a breath of fresh air to find a cosplayer with not only personality, but feeling and heart as well.

Always willing to pump up her fellow cosplayers when they need an ego boost, I am thrilled to introduce to you all:  Cree Nicole!

I think that everyone gets into cosplay for their own reasons, but there some of us that start cosplaying because we need it more than others; it is like therapy.  Would you mind telling us what cosplaying means to you?

It might sound a little melodramatic, but we all wear masks everyday.  You have to really get to know someone to ever get past the practiced surface that they decide to show the world.  Cosplay is a shortcut through all that.  By choosing a favorite character to portray and wearing it to a convention you may be saying, “This is an aspect of who I *really* am.” Social anxiety is a pretty big deal for me, and sometimes it boils down to the fact that I’m not really being myself in the wider world.  I can’t.  I can’t be weird and neither can you.  The more layers of social filters I pile on, the more anxious I get..  Somehow cosplay is an added layer that makes all the other layers acceptable to my anxious brain.  Also… it’s really fun.

Before we get into your cosplay, I just wanted to tell you that you have one of the prettiest smiles I have ever seen.  It does all of the things that a smile should do.   It even portents more than happiness.  It reveals experience and fortitude; a sort of toughness out of necessity, but not at the cost of heart.   I know that that is not a question, but I really wanted to tell you that because I thought you still might have something to say about that.

Wow!  Thank you! That makes me really happy.  I’ve never had a knack for hiding my emotions.  I did have a few rough years in my twenties, I lost both my parents, and I’m the only person left from my immediate family.  Maybe what you described kinda comes from that experience?  Things have been much better recently, I’m really on the mend and I’m very thankful for what I have now.

You have a Bachelors in Fine Arts and a Masters in Art Education.  What is the goal with those achievements?  Does cosplay have a place in it?

I’ve always made costumes, and I did take a costuming class while getting my Bachelors, but I didn’t know what “cosplay” was then.  While working on my Masters, I was getting heavy into cosplay, but at that point I was sure I was going to go straight into teaching.  I didn’t, and dang!  I graduated a few years ago, now.  Things have never seemed to go the direction I think they will, but that’s life, eh?

You consider yourself a punk goth.   I consider myself old school goth (FYI).   What are some punk goth groups that you have in your playlist?

Oh my playlist is all over the place!!  My favorite bands/artists include the Deftones, AFI, Aesop Rock, The Prodigy, Fever Ray, Megadeth, Rancid, Stevie Nicks, and Run the Jewels.  Bands like Anti-Flag, Subhumans, and Against Me! really set the tone for my style and politics, but I need slightly chiller jams while I’m working on creative projects.  Massive Attack, Grimes, and Lorn all fit that bill nicely, or Stoned Jesus and All Them Witches if I’m feeling stoner metal that day.  Getting ready for a photo shoot I might put on Nicki Minaj, Billy Eillish, or Missy Elliott for the right vibe.

It’s hard to describe what place Harley takes up in my brain.  Mostly, she really sparks my creative streak.  I would not even go so far as to describe her as my favorite fictional character, but here I am with 10 or so various costumes of her; the most I’ve done of any character.  Who knows, man, she’s a phenomenon!  She’s relatable for women because she turns her vulnerability into a strength because she suffers and survives.  I think a lot of people who at some point have tried to “fix” someone also relate to Harley.  To believe in someone and their potential just to have them break your heart? Most people can relate to that and it’s one of her biggest themes.  Also there aren’t a preponderance of anti-heroines, and that’s a shame because so many people are crazy for them.  Maleficent is an example and another character I see at every con!

I gotta admit: I hate Harley Quinn!   ‘Not because of her character, but because every woman/girl/person with pigtails does Harley Quinn!   However, I’m beginning to think that every man has a Harley Quinn that they could fall in love with, and I found one in your variants…’Your Klingon Harley.  How the hell did you come up with her?

I think you can tell a lot about a person based on their favorite portrayal of Harley Quinn and whether or not they like her at all.  You could really be into this character and be a terrible person, or vice versa.  Love Harley or hate Harley for the right reasons, and you’re good in my book.  But Klingon Harley, yeah!!  I learned (and forgot) a lot of Klingon a few years ago.  I just really wanted a shirt that said, “Daddy’s Little Monster,” but in Klingon.  I translated it (poorly) and made the shirt.  It all went from there.  I already had the forehead prosthetic.  It was a lot of fun.

Is Quinom an actual cosplay or is it CGI?

It’s a costume!  I did add a bit of Photoshop, mostly focused on the hammer.  I tried to leave some without as much Photoshop, but here we are.  If you had to ask I must have overdone it!

In one of your Harley Quinn cosplays, you pose with a hyena…Was that a REAL hyena?  If not, how did you swing that shoot?   ‘Got any “puddins'” in real life that you are a parent to?

Just one!  My doggo, Dingo, is real wild looking, 12 year old mutt with a heart of gold.  She posed with me and made it really pretty easy for me to photoshop this.  I changed the shape of her muzzle and tail, added spots and darker colors.  Voila!

I depends a whole lot on the character.  When dressed as a Klingon, I go all out.  It’s too much fun not to.  Video game characters have a lot of lines and inside jokes that are fun.  With characters children recognize, you have to get into them or you might disappoint them, and that’s no fun.

Actually, there seems to be a theme of fun and humour with your cosplay shoots.  Would you say that also goes with your characters that you pick for cosplay?  Harley Quinn alone is a character based on humour, crime, and insanity (cute insanity, but still insane!).   Have you every done a more serious cosplay?

I have a Scarlet Witch that feels more serious when I wear it.  She’s a fairly sad character across all her incarnations.  Oh, and Rogue, she is one of my absolute favorite characters, and she’s no touchy, all punchy, all sass, and quiet smiles.  Daenerys is super serious.  She almost never smiles, and it can really break character to smile while cosplaying as her.  Besides that, I think you’ve hit on something there, though I just don’t cosplay a lot of serious characters!

How much time out of serious living do you get to indulge in cosplay?  Do you get to travel a lot for cons?

I was traveling out of state a lot for cons for a few years, I can’t afford to right now.  But I get to set aside a couple hours a day to work on cosplay stuff, I’m a lucky ducky!!

There’s a theory that sometimes it is bad for two people with the same passion to be together, kind of like two intense and competitive gamers living together and fighting over games and bragging rights.  Could you ever see yourself dating another cosplayer? Have you, or would you need a more serious person to compliment your passion? How much does “cosplay dating” happen, in your opinion?

Oh I see it work a lot!  ‘Depends on the personalities involved, I’m sure.  I can’t imagine living in a small apartment or house (like I do) with someone else who takes cosplay as seriously as I do.  There just wouldn’t be enough storage.  lol!

I don’t happen to be in one of those relationships, but two of my favorite cosplay couples are Keeper and Thief Crafts and Thousand Faces Cosplay.

Are there any cons that the people can count on seeing you at in 2019?

Any last words for the readers and admirers?

Just a bunch of crazy love and well wishes!  Be safe and kind out there! 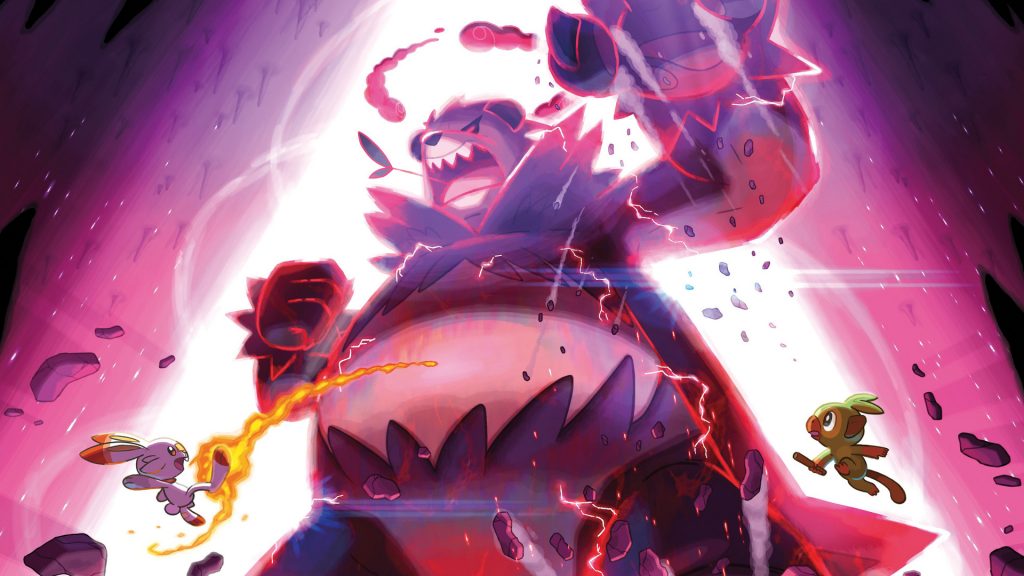 Game Corner May 2021: What Are You Playing This Month?

Hello and welcome to the Game Corner. These entries will feature site editor Rango’s gaming backlog. If you enjoy Nintendo, JRPGs, and fighting games, you’ve come to the right place!
May 5, 2021 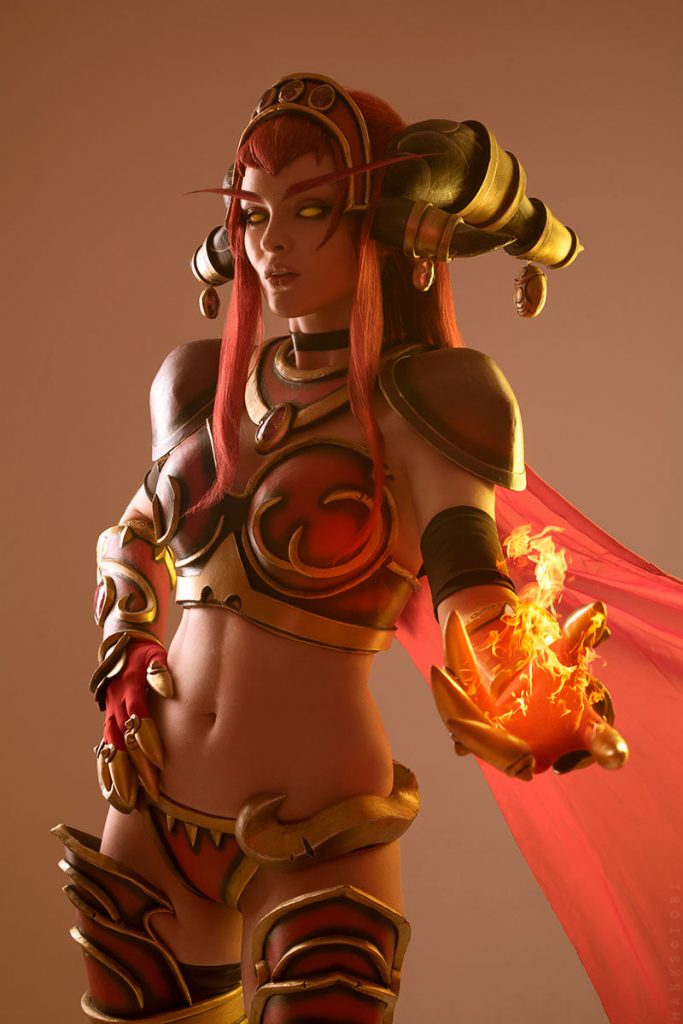 Cosplay at a Glance: Sophie

Our cosplay at a Glance feature is from Russia:  The international Mecca of tall, beautiful, and dedicated models, cosplayers, and crafters. Like many Russian cosplayers, she has an Onlyfans, but
May 3, 2021 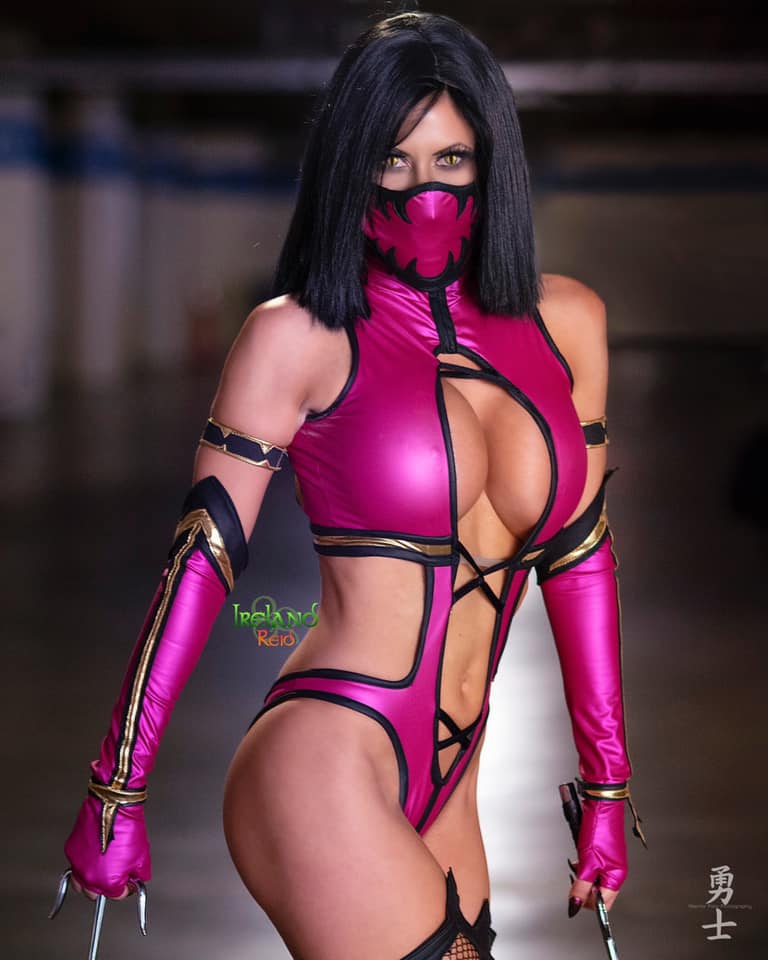 This might shock you, but I actually think that this is a cosplayer that does not have a Patreon, Ko-fi, or Onlyfans, and trust me, she could if she wanted
April 30, 2021