Base of Operations: Austin, Texas

Years Cosplaying: Under a year

First Con: Ushicon in Austin years ago when I was in high school; first con as a cosplayer was San Japan 2018

Cons per Year: This will be the first full year trying to hit cons and I have 4 done/confirmed for 2019.

Make Your Own Costume: I usually buy since it’s cheaper and faster and cosplays these days are so well-made and accessible, but I alter or make what I can’t buy like certain accessories or weapons. Costumes I have to make from scratch are usually my husbands since he’s a larger size and loves more obscure characters but it’s a great chance for me to practice and learn.

Make Your Own Props: Ones I can’t purchase, yes, so usually my weapons.

Do Your Own Hair: yes

Do Your Own Makeup: yes

Do Your Own Wig Styling: yes

Makes Your Own Wigs: I haven’t had to for any of my characters yet but I was ready to cut and sew two wigs together for Black Hole-Chan. Funnily enough, I really just had to wear one wig on top of the other so I could reuse the wigs if needed.

Favourite Cosplay: I have the most fun as Chun Li but I’m also very proud of my Nidalee and Rena as they’ve been my longer builds to date.

Number of times you have been to Dragon Con: none

Patreon, Ko-fi, Etsy, and/or Support Link: patreon.com/Mishamai has all my links to socials and support in the overview!

More than Nudes: no

Social Media: Instagram.com/Mishamai and Twitter.com/IGMishamai are my mains. (She also has a Facebook.)

Domain of Your Own: Mishamai.com for merch, con schedule, and links to my socials

Secret Super Power: that I want or that I have? Some may consider my bodybuilding and powerlifting Super Strength. Some have also considered I have the ability to stop time because I get so much done in my 24 hours that it seems like I have 48 haha 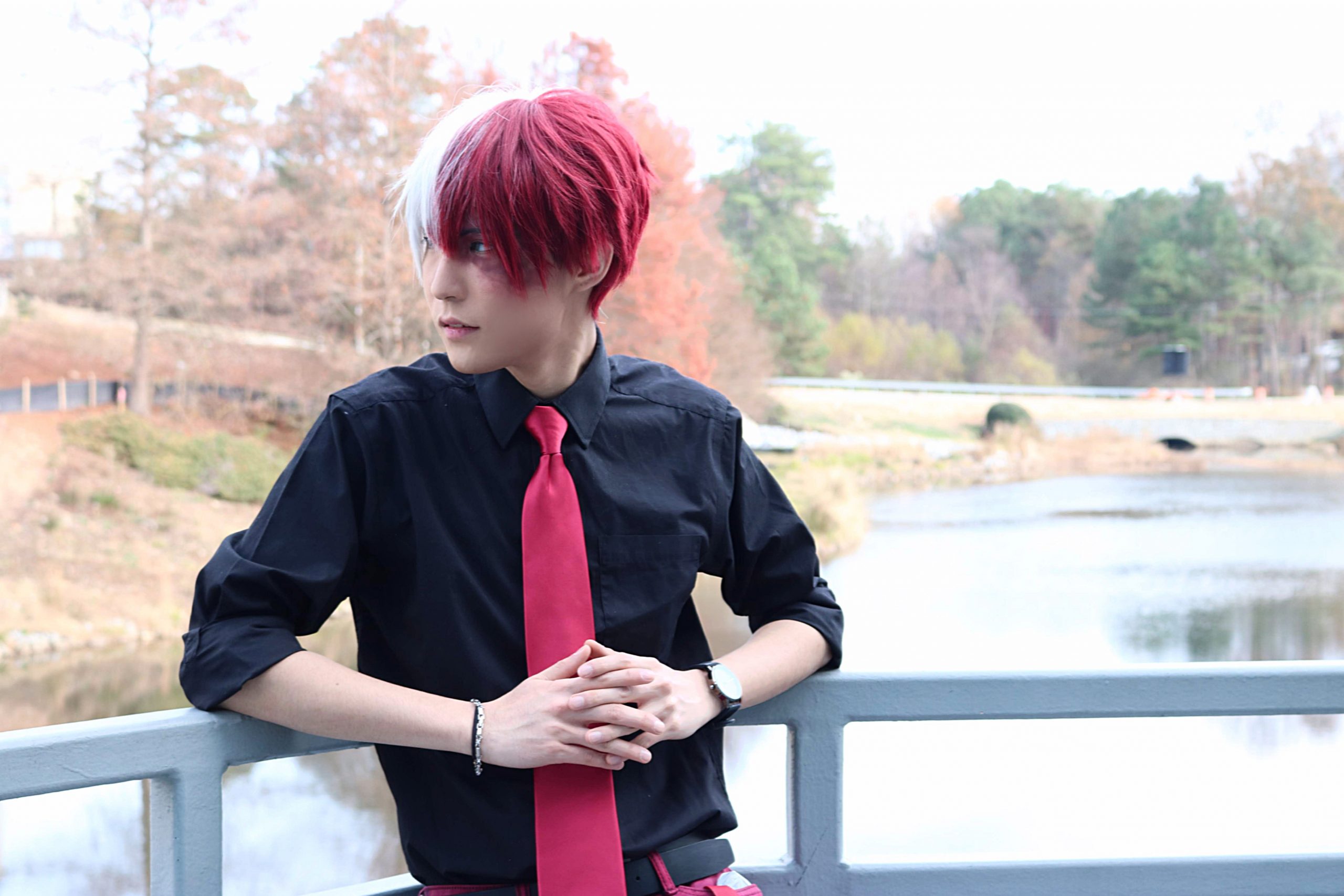 Seyoun Hong is a relative newbie in the cosplay world, but I think he shows great promise.

Please enjoy this pictorial!  We hope to see more from this shining star!

How You Came Up With Name: Yun is actually a shortened version of my actual name! At the time I was working on my first cosplay, I listened to the song “Dearly Beloved” on repeat, and it kind of stuck with me, so the name is just those two things put together. It’s a little corny, I know haha

Other Known Aliases: My friends all call me Yun ^^

Base of Operations: Mostly at my home in Atlanta, GA

Make Your Own Costume: Sometimes! But they’re usually bought and modified

Make Your Own Props: Yes!

Do Your Own Hair: This is actually something I feel pretty strongly about! Learning how to cut and style your own hair is super useful; especially if you don’t plan on living in the same area for your entire life

Do Your Own Makeup: Admittedly my least favorite part haha, trying my best to improve though!

Do Your Own Wig Styling: Wig styling is actually my favorite part of the process!

Makes Your Own Wigs: The closest I’ve done is modifying wigs, I hope to be able to make my own one day though!

Bodypaints: I’ve never done any, but I’ve been looking to try it!

Favourite Cosplay: It’s a tough one, but I may have to give it to Kaname Kuran from Vampire Knight! It’s not my best looking cosplay but it’s been a “dream cosplay” for such a long time and being able to realize it on my own terms made me so incredibly happy!

Number of times you have been to Dragon Con: I’ve been there for one day before and I don’t think I had the chance to really experience the con, I definitely want to go back eventually!

Patreon, Ko-fi, Onlyfans, Etsy, and/or Support Link: I do have a quick ko-fi account at ko-fi.com/dearlyyun

Lewds: Maybe eventually, I’ve been thinking about it actually haha

Nudes: None so far, but open to the idea

More than Nudes: This is one I don’t think I’ll ever be able to do

Domain of Your Own: None yet unfortunately

Secret Super Power: Getting caught up on work and forgetting to respond at times (I am so sorry T-T)