Fewer statements better encompass the overall sentiment of 2020 better than this one.

“This is about an analog of tears being the rain. And you know what it’s also a metaphor for, is the amount of drinking that I was doing to numb myself. I’d rather be dry.” Lady Gaga explained via Vulture

In Lady Gaga’s second single from her sixth studio album Chromatica, she gifts us with her first ever collaboration with pop princess Ariana Grande. The team up, in their twinsies fetish wear, elicit a sentiment that while they both share powerhouse pipes in the same genre of music, that is where their similarities end as they each have unique expressions of their musical personas. Together they demonstrate through their complimentary/contrasting vocalizations and personal style attributes that not only is there room for more than one fierce femme in the pop game, they would rather be pop sisters rather than rivals.

Musically the song is soft and upbeat, a contrast to the stormy lighting and set design of the music video. Yet Gaga/Grande conjure color in naughty neon pinks, lusty pastel lavenders, combining a sexy fusion of leather and latex punk with “pretty girl” fashion. By the end of the video Gaga/Grande appear as doppelgängers reminiscent of characters from the HBO series Euphoria, cool gals from the neighborhood that know how to get into dance clubs with fake ids, sexy outfits, lots of eyeliner and molly.

While many fans have been long awaiting a return to the avante garde Gaga we saw in the Fame Monster and Born This Way era (especially after the stripped down rawness of Joanne) Rain On Me is probably a bit more “mainstream music for the masses” than some would prefer. However considering Chromatica comes after a four year long hiatus between albums, returning with easy to digest, feel good tracks -is a smart move towards a sustainable comeback.

One must always remember when it comes to Gaga that while her sound passes as mainstream her intentions have always been to subvert the industry from within. Lady Gaga is a Queer, hard femme and judging by the esthetic choices in Stupid Love and Rain On Me she clearly doesn’t want you to forget it. Punk, leather and fetishwear all have their intersections in the queer community’s efforts to subvert gender norms and Gaga/Grande standing side by side as the hard and soft sides of the same femininity coin, owning their sexuality while defying expectations, certainly deliver subversion successfully. Futuristic fun was a fabulous choice in regards to makeup and hair styling, as Gaga/Grande’s flawless faces were BEAT to the gawds while they flipped and swished inches upon inches of rain slicked, gorgeous hair, stylishly serving dirty pop glamour.

Despite the somberness within the song’s message, the video invokes jubilation in its choreography, laden with some of Gaga’s (a former gogo dancer) signature moves. From arms waving over head and jumping up and down, to pelvic thrusting and hip grinding, watching Grande dance á la Gaga, was more adorable than any of us could have imagined. Clearly Chromatica is a place of great diversity as we see a broad spectrum of back up dancers in Rain on Me, just as we did in Stupid Love. It is almost as if the storyline of Chromatica is that of a planet within the universe Gaga presented us with in the Born This Way video, as a continuation of the narrative (pertaining to unconditional acceptance and radical self love despite societal hardships) she started with it nearly a decade ago.

Back to the song itself, while some might find the repetition basic and blatantly reminiscent of Stupid Love, it gives both tracks a “song stuck in your head” quality that all hit songs have. In the case of Rain On Me, that repetition represents a mantra, a thought for meditation to recenter yourself and breathe. That’s what this song is, a reminder that no matter how difficult life is right now -if you are alive to learn and grow through it- you are winning.

This makes a truly powerful statement alongside a few others that resonate deeply to a millennial (born the same year as Gaga) like myself. In the  opening verse:

“I didn’t ask for a free ride

I only asked you to show me a real good time

I never asked for the rainfall

At least I showed up, you showed me nothing at all”

There is a sense that the stereotype of the ‘entitled millennial’ is being confronted here with the sentiment of our generation’s reality; we were told we could accomplish anything if we just pulled ourselves up by the bootstraps and worked hard enough (while being held to the highest expectations) regardless of being abandoned to fix a broken world left behind by our predecessors with no support. While Gaga has been able to break through using the Boomer method, this feels like an acknowledgement of how challenging it is for the rest of us to do so as well.

Then we get to Ariana Grande’s verse which brings up some intriguing implications:

“Livin’ in a world where no one’s innocent

Oh, but at least we try, mmm

Gotta live my truth, not keep it bottled in

These words really evoke an admission of being complicit in the systems of oppression that we are all guilty of perpetuating and the struggle to freely express yourself in a world of “cancel culture”. What makes this verse especially poignant being sung by Grande is the fact that the singer’s career has endured ongoing contention since her striking transformation after the cancellation of her Nickelodeon series “Sam & Cat” and the debut of her first studio album “Yours Truly”. Many critics of Grande have accused her of being a “Blackfish”, or a white woman profiting off her racial ambiguity, exploiting  the “exotic” appearance of minorities who regularly face discrimination. Though Grande has repeatedly refuted these claims, not all fans have been swayed by her responses. Perhaps this verse is meant to serve as a reminder to leave room for her humanity along with our own as we all make mistakes on the path to finding our identity.

Regardless of how one might feel about the controversial careers both artists have held, ultimately this song with its accompanying music video is a showcase of the endurance these two women have acquired to maintain successful careers while navigating the pain of heartbreak, tragedy and loss in both of their lives along with the beauty that comes from releasing those tears while dancing joyously in the cleansing rain. 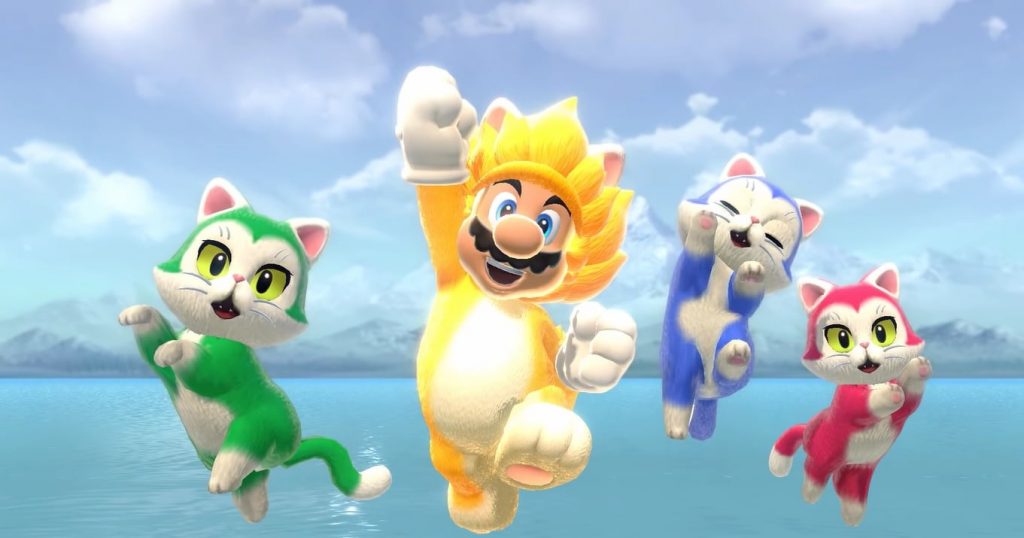 Since I recently finished Sega’s Yakuza spin-off, Judgment, I immediately found myself going in to finish the next game I was closest to beating: The Legend of Zelda: Twilight Princess
February 27, 2021 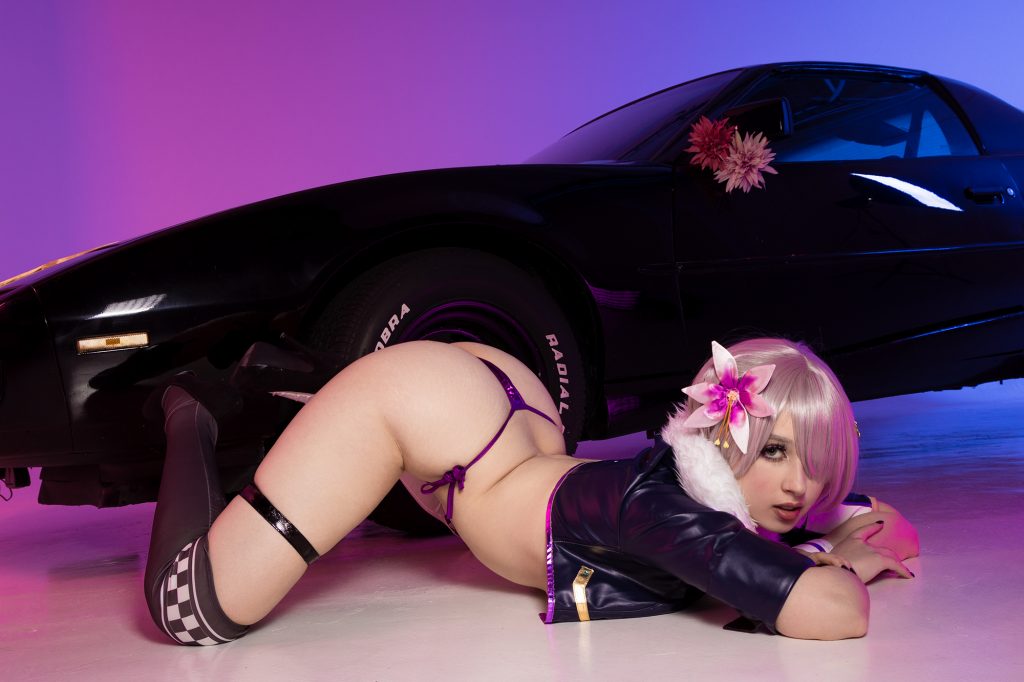 Up and Coming Cosplayers with Gumiho: Pictorial

I have thoroughly enjoyed every single facet of this feature with Gumiho, and now we come to the last part of the feature:  The Pictorial. If you enjoyed Gumiho, please
February 26, 2021 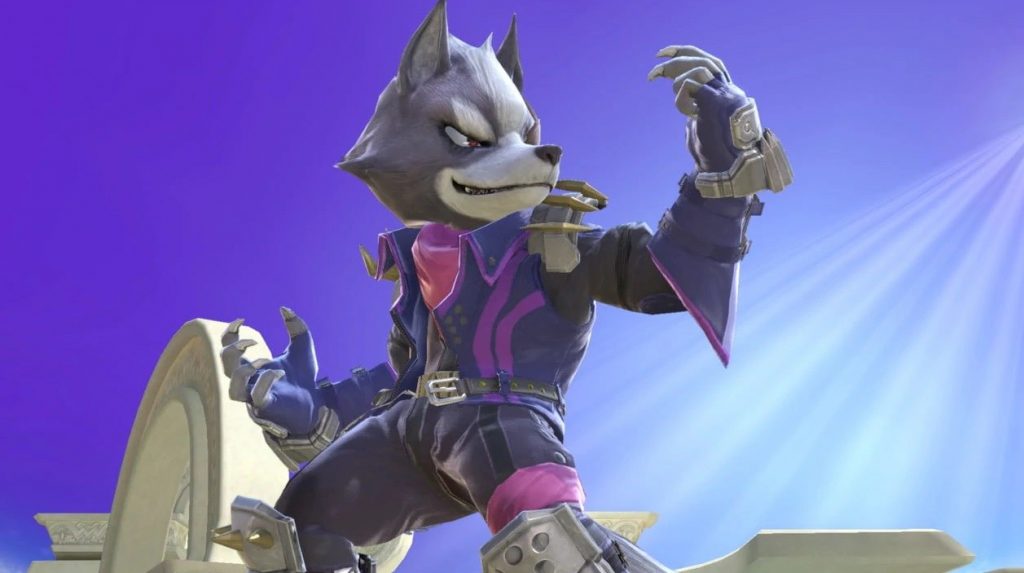 Rango’s Smash Column – Why Are You Not Using Wolf?

Welcome to the Smash Column! Last time, I pondered the idea that Ike might be the weakest character I use. Despite being the most skilled with him, the realization that
February 25, 2021